Any kind of feedback on your writing—whether good or bad—can be useful, but the negative stuff can hit hard, causing a burst of emotions within you. What’s the best way to deal with that and respond to those who criticize your writing?

Since the latest and final series of Game of Thrones aired, more than a 1 million have signed a petition to have it remade. The petition calls the main writers, David Benioff and D.B. Weiss, “woefully incompetent.” Benioff and Weiss, and the show’s network, HBO, have not yet responded. They probably know that it rarely helps to react impulsively to criticism when you’re full of those initial emotions.

‘Writers are like prize fighters,’ said Norman Mailer. ‘You wake up, sit down at your desk, put yourself through your paces—and wait for the critical blows to fall.’

And Mailer knew what he was talking about. Gore Vidal once likened his book The Prisoner of Sex to ‘three days of menstrual flow.’ Some years later, Mailer saw Vidal at a party, threw a drink over him and punched him. As Vidal got up from the floor, he is said to have replied, ‘As usual, words fail him.’

Authors, a typically solitary pursuit, can feel particularly vulnerable to those harsh critical blows. That’s especially so these days as they can appear not only in the established media but on book forums or even on your own social network pages. Or maybe from that one—you know the one—in your writing group who can’t resist getting in that little dig. END_OF_DOCUMENT_TOKEN_TO_BE_REPLACED 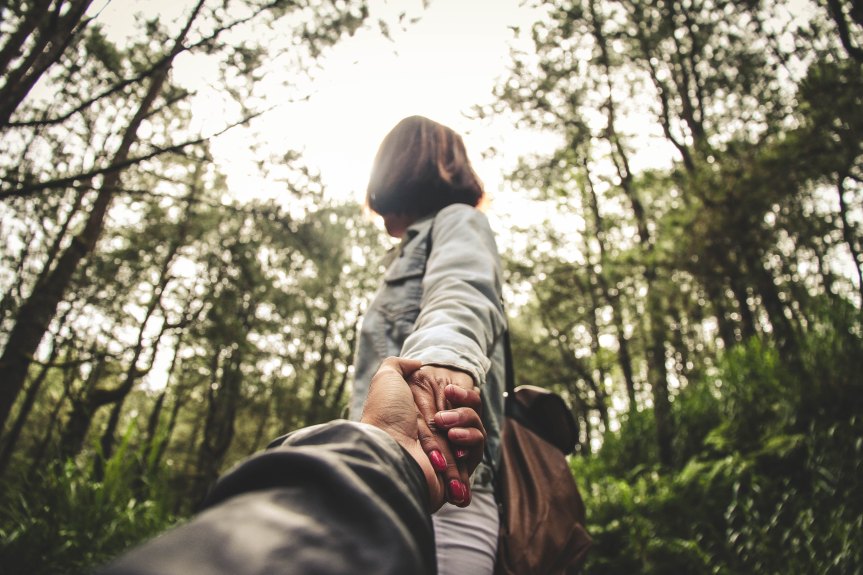 Working out what your characters’ goals are will help you plan your plotline and develop engaging, motivated characters your readers will love to follow.

Your characters need goals to get them to the next page, and then the next, and on until the end. They need to be going somewhere, trying to achieve something. That will make them the kinds of characters readers will want to spend time with, maybe even for a few hundred pages.

Readers will want to know if your characters achieve those goals, and if they will overcome the inevitable obstacles (you put) in their way. Sometimes they will, sometimes they won’t. They will have small goals that they can achieve (or not) within a couple of pages, and they will have those overarching goals that will take your heroes right through to the end.

Even Oblomov, the man who stayed in bed for most of the story, had a goal: he wanted to stay in bed. And he worked hard to do it. That was pretty much his story.

Your characters’ goals are therefore essential for determining your plot. Work out the goals and you’ll go a long way to having a plot. And, if you already have a basic plot, you can develop it in greater detail by working out what your characters’ goals will be along the way. END_OF_DOCUMENT_TOKEN_TO_BE_REPLACED

Whether you’re wondering what happens next in your story, want to write your first novel, or are about to start on the next instalment of your long-running series, there are always times when you’ll need inspiration. And it is often surprisingly close by.

‘Be observant,’ said the dramatist, Lajos Egri, ‘and you will be forced to admit that the world is an inexhaustible pastry shop and you are permitted to choose from the delicacies the tastiest bits for yourself.’

I recently reviewed a debut novel, The Valley at the Centre of the World. In it, the author, Malachy Tallack, describes life in a rural village on the island of Shetland. And he tries to do that in an accurate and honest way.

The problem is that not a whole lot happens in a remote village. The inhabitants go about their daily, seasonal and yearly rhythm. Strangers might arrive, but they’re usually looking for peace and quiet. Others might leave, but villagers are used to that too as people, mostly the younger generation, go off to pursue opportunities in the city. Even deaths in these aging communities happen regularly enough that there’s a certain routine to them too.

When nothing happens, nothing changes. And novels—stories in general—are all about change. There is (nearly) always a moment of self-realization for the (usually) main character.

And yet Tallack makes his story work.

I just had my in-laws staying. For seven weeks! Don’t get me wrong, they’re nice, easy-going people (at least, they kept telling me so), but I reckon Ghandi could test your patience after seven weeks in your spare room.

There was no one thing they did to annoy me (OK, there was one thing: “The car had an accident,” said Pops. It wasn’t him. It was the car.) It was all the little irks and ticks that built up over the time. And it was a long time. Seven weeks. Did I mention that already?

By the final week, I was frazzled. And my wife was away on business, leaving me to deal with them on my own. It came to a head one evening when I had to ask Mom, again, not to snap the spine of my paperbacks when reading them (“But it’s so much easier to hold in one hand.”)

I had to talk to someone. I had to get it all off my chest. But it was 11pm, who could I call? My wife’s days were full with meetings and preparing for meetings and, anyway, I’d just be moaning again if I called her. Who else then? Who could I call at that time of night to sound off?

It’s at these moments you realize the kind of support network you have. It’s a special kind of someone who’ll take that kind of call at that time of night and still give the level of sympathy you’re looking for.

There will be times in your story, too, when your protagonist needs support. And it’s not always obvious where that support will come from. Sometimes you have to dig deep to find that secondary character who will step in to save your hero just at the right time. END_OF_DOCUMENT_TOKEN_TO_BE_REPLACED

All characters have desires. Desire is the engine that drives your story, it’s what gives the hero a goal—find the killer, fall in love, destroy the death star.

Until then, you have to play with that desire, use it to develop the drama that will push the story along and pull your readers with it.

There are a few straightforward ways to use your characters’ desires to inject drama into your story, to fuel that engine that will keep your readers engaged.

These techniques are useful for when you’re stuck, when you’re not quite sure what’s going to happen next. They can also help to get back control of your characters when they run off and do their own thing, when they stray away from your carefully plotted plan. END_OF_DOCUMENT_TOKEN_TO_BE_REPLACED

“Be a sadist,” said Kurt Vonnegut. That’s number six on his list of eight creative writing 101 tips. He added, “No matter how sweet and innocent your leading characters, make awful things happen to them – in order that the reader may see what they are made of.”

Vonnegut knew what he was talking about. He made awful things happen to Billy Pilgrim, his leading character in his most famous novel, Slaughterhouse-Five. It was not enough to send Pilgrim unprepared into the thick of World War II and have him captured by the enemy, Vonnegut then sends him into the worst firestorm of the war—Dresden in February 1945. And that was just the start of poor Pilgrim’s problems. END_OF_DOCUMENT_TOKEN_TO_BE_REPLACED

Your main character chose to be a hero, at least the hero of your story. Certain circumstances led them to that decision and the position they’re now in. They chose to act in one way rather than continue with how their old life was going. It wasn’t a random decision. It was motivated by events, the past and influences from other characters (who also don’t know they’re in a story). END_OF_DOCUMENT_TOKEN_TO_BE_REPLACED

The mind can be a writer’s harshest critic, and it never seems to shut up. But you don’t need to pay attention to everything it says. Here are three techniques to help you cope with self-criticism.

Best-selling thriller writer Ian Rankin writes a book a year. At a certain point, usually at the end of the first month, he is struck by “the fear.” He becomes convinced that all the work he’s done so far has been a waste of time, that this new book won’t be any good.

When he mentions this to his wife, she usually asks, “Are you on page 65?” He then realizes that he goes through this phase with every novel, always at the same point. Always around page 65.

Many writers, if not all, experience this kind of doubt about their work at some stage. And, as writing is such a lonely profession, they don’t all have someone with whom they can share their frustrations. END_OF_DOCUMENT_TOKEN_TO_BE_REPLACED